Support You Can Rely On

The Hitchhiker’s Guide to Version Controlling with Git

We all have experience working on projects that quickly spiral out of control before you know it through gazillions of constantly changing project requirements. It can get pretty frustrating to keep track of all the coding changes and different versions of the code. Experienced programmers know better and they use sophisticated version controlling systems to manage large projects or even small ones that are prone to lot of change requests. If you are new to the version controlling concept, let us introduce you to the basics of it through the best version controlling system ever created in the history of humankind. Behold the king of all version controlling systems – the mighty, the magnificent Git. This will be a series of long tutorials. So brace yourself. This is the 1st installment. Let us get our feet wet.

So, what is Git Actually?

Git is an open source distributed version controlling system – originally developed by Linus Torvalds. Originated from the Linux kernel development, Git is now being used by many popular open-source projects like Android, PHP, WordPress, Drupal, Symfony2, Laravel4 and a lot more. Even many prominent commercial organizations are leveraging the flexibity that Git offers. Git works with the philosophy that “Everything is Reversible” and allows to experiment with new ideas in a project without you needing to worry about breaking anything.

So, Why Should I Use Git as a VCS as Opposed to…? 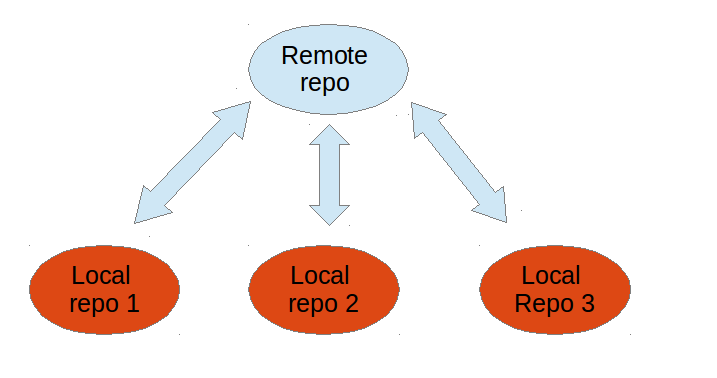 Git has many exciting features. Here we will discuss only some of the major ones that we use almost every day. One of the very powerful features is branching. Though other VC S(s) have it, Git has some uniqueness that sets it apart. Git offers branch under a branch. So what is actually branching? Branching means, a developer can work on different versions of the same collection of files. The branch actually separates the different versions and allows the user to switch between the preferred branches to work on different versions. Branches in Git are usually local in the repository but can be in remote server as well. Branches can be compared with the other branches and the remote branches.
Another useful feature in Git is branch merging. Git supports that changes from different branches can be combined. The advantage is, while working on a large project, various developers’ works on different branches which can be merged on a future date.  Now suppose that a project has two independent branches. 1. Production branch and 2. Development branch. The Dev. branch is used to test and implement new features. This dev branch can later be merged with the production branch for deployment.

Getting Our Hands Dirty

Intrigued yet? Let us learn how to install Git and practically use it on a project. We will use a Microsoft windows operating system for demonstration. On windows, the simplest way to start rolling is to use this URL and install the installer from there.  http://msysGit.Github.io/Choose all the default settings in the installation process.

So, you’ve installed Git – the best VCS the human kind has ever created. It’s time to put it into good use. After finishing the install process, you’ll notice that Git comes with its own command line program to work with it. Its name is Git bash. So fire up Git bash but before creating a repository, we’ll do a bit of configuration first. To do those, run the following commands:

Once configured the Git now knows who the developer is. Let’s create a simple PHP application and initialize the repository there. In your localhost, create a folder named “myPhpApp”. First go to the directory by using the cd command.  Like this: 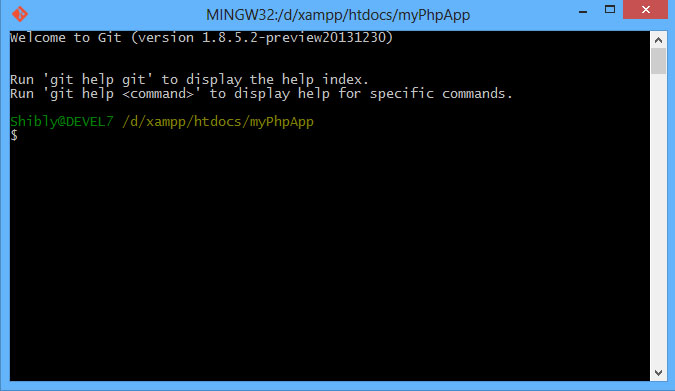 To create a repository we need to run the git init command. As you have guessed, git init actually initiates a Git repository inside the project folder and adds a .git folder inside it. You can consider the .git folder as a code history book. Every single history is recorded there for eternity. 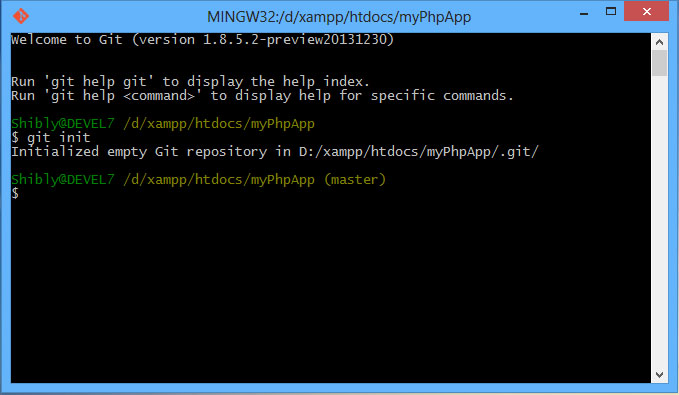 That’s a lot for today. Stay tuned for the next installment. On the next part, we’ll be discussing on adding files on the repository, committing and updating files to the repository and more on the idea of branching. A little sneak peek. By running the git init command, Git actually creates a master branch in the repository. Check the second screenshot. Phew! Thank you for reading and keep practicing.  You can read the official documentation on Git from here http://Git-scm.com/book/en/Getting-Started-About-Version-Control

How to Clear Cache on Any Browser

Qalculator – (to find out) How Much Will My Website Cost?

I am founder and Executive Director at Web Design Company QuantumCloud. I have been in love with the Internet since 1998. Internet is my passion, obsession and profession. Like to play on my Play Station. Big fan of science fiction books and movies. Fan of Dr. House, Sherlock Homes and Game of Thrones. I strongly believe that Ender's Game is the greatest sci fi book ever written. The movie - one of the worst ones.

We use cookies to ensure that we give you the best experience on our website. If you continue to use this site we will assume that you are happy with it.Ok